The selection and capacity determination of solar inverters, which are used in photovoltaic solar energy systems play an important role in establishing a healthy solar power system. Therefore, in this article, you will learn what solar inverters are and how the solar inverter capacity is calculated.

What is a Solar Inverter?

These inverters, which are one of the main components of the photovoltaic solar energy system, are generally integrated with electronic devices such as converters and charge control devices. The functions and design of solar inverters depend on which solar power system they will be used for.

Solar inverter types can be divided into on-grid, off-grid and hybrid inverters.

A Grid-Tied solar inverter is an electronic device that regulates the DC electricity produced by solar panels and converts it into AC electricity suitable for the grid and supplies electricity to the electric grid via a bidirectional meter.

There are different types of off-grid solar inverters. One of them is smart off-grid inverters and in addition to the inverter, these devices also include a charge controller and a converter that provides AC-DC conversion.

In this way, smart off-grid inverters can also charge batteries with grid electricity. In places where there is no electricity grid, the batteries can be charged using a generator.

This is especially the case in winter times when there are many cloudy days in a row. If there is no electricity grid, the gasoline generator output is connected to the off-grid inverter for charging the batteries.

The hybrid solar inverter is a device that combines the functions of off-grid and on-grid inverters. It is generally used in battery-powered models of on-grid solar energy systems.

How to Calculate Inverter Capacity?

Inverter capacity calculation varies depending on whether it is an on-grid or off-grid solar inverter.

When determining the capacity of off-grid inverters, first of all, the instantaneous power consumption of the devices to be directly operated with this inverter is important. In addition, other factors such as the number of batteries to be used, and the output voltage of the solar panel group are also important in determining the model of the inverter.

Let’s explain the Off-Grid inverter capacity calculation with an example.

The sum of the instantaneous power consumption values of the above devices is 2670 W. Of course, we do not take this value directly as inverter power. Because for a healthy system, factors such as instantaneous overcurrent draw and inverter efficiency loss should also be considered. Therefore, it is necessary to multiply the total instantaneous power by a minimum coefficient of 1.5 and find the inverter capacity.

Let’s make one more addition, if you need an inverter power above 5 kW, you can use more than one inverter by connecting them.

Of course, when you do this, you should also separate the solar panel and battery connections accordingly and connect the inverters.

You can review our content titled Off-Grid Solar System Installation on how these connections should be made.

The capacity calculation criteria for grid-tied solar inverters also depend on the installed capacity of the solar panel.

For example, if you have a solar panel group with 3 kW, your inverter power should be close to this. In other words, an inverter with 3 kW power is required for 3 kW panel installed power.

Unless you can find an inverter model with a one-to-one capacity. You can choose the inverter capacity closest to your solar panel installed power. You should also check the solar panel voltage ranges of the inverters you choose. It is important to choose an inverter compatible with your total solar panel output voltage.

In large solar power plants, the inverter is usually used per string according to the solar panel row, and then these inverters are connected.

In addition to all these, it is also important whether the on-grid inverter is single-phase or three-phase. To determine this, the phase status of the power line to which the inverter will be connected should be checked.

Grid-tied inverters also require grid electricity for operation. Therefore, when the electricity is cut in the grid, even if the sun is at its peak, your home will also be cut off.

We have prepared what you need to know about solar inverters in this content. Do not forget to tell us your opinions and suggestions on the subject as a comment. 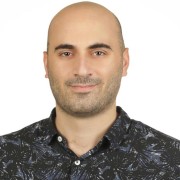